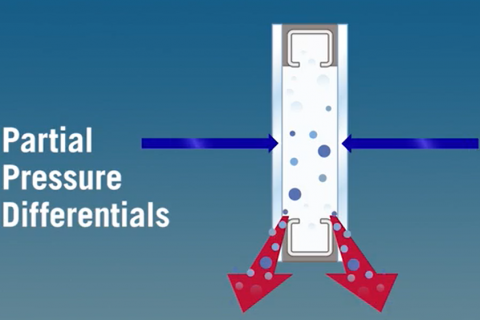 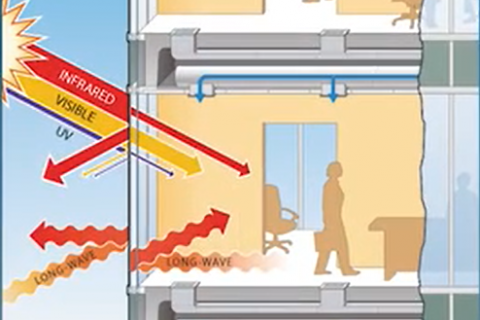 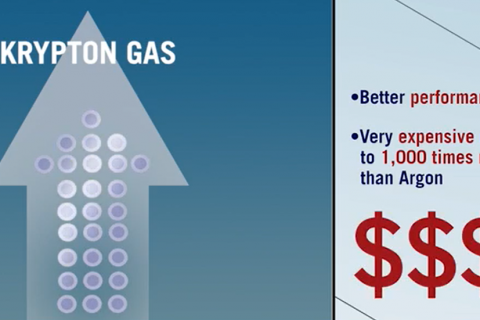 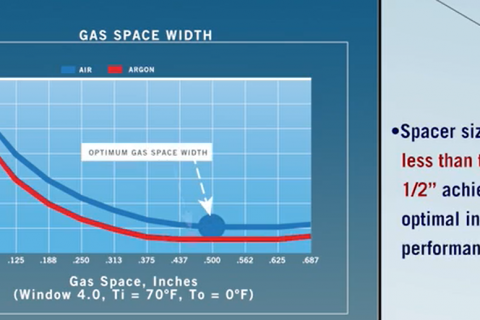 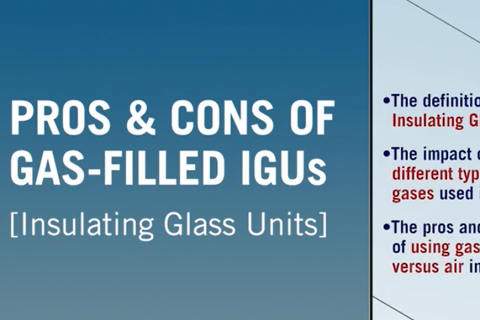 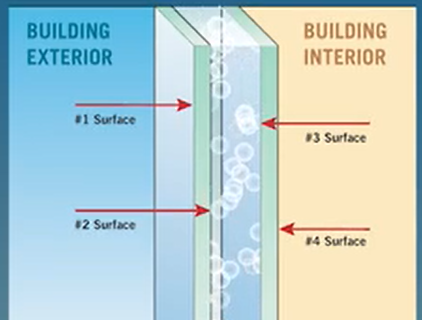 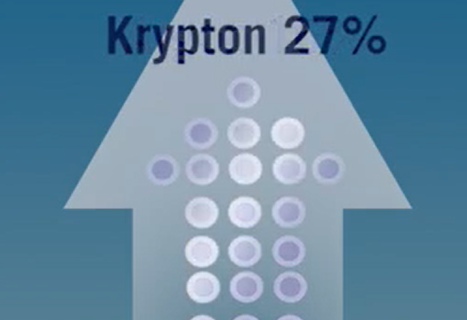 When working with glass, one of the options to consider is the type of glass unit that will best meet the specific needs of a project. A part of the decision process is determining whether or not to use gas versus air in an insulated glass unit (IGU).

Insulating glass units are designed to keep buildings warmer in the winter and cooler in the summer. A standard IGU consists of two lites of glass with four surfaces.For greater levels of insulation, three lites of glass can be used.

The performance of an IGU can be further enhanced by adding low-e coatings and filling the space between the lites with a noble gas such as argon or krypton. These gases are denser than air and reduce the amount of heat transfer through the IGU.

However, even with that performance differential, gas-filled IGUs are more practical for residential windows than for large commercial buildings. Unlike homes, large commercial buildings can save the most energy by preventing solar heat radiation from even entering the building because by doing so it helps contain air conditioning costs. It’s for this reason that commercial glass design focuses more on reducing the Solar Heat Gain Coefficient than on increasing insulating properties.

Another reason gases aren’t typically recommended for commercial applications is the risk for gas leakage. The partial pressure differentials between the air outside and the gas inside cause both argon and krypton to naturally escape an IGU. Even when an IGU is perfectly constructed, the gas will escape at a rate of about one percent per year, and that rate is much faster when the IGU is poorly made.

As the gas leaks out, the IGU loses insulating performance, and, since air doesn’t backfill into the IGU, the two lites of glass begin to collapse into the center of the unit, which can cause the glass to look distorted or even break. This can be a major problem on a commercial building especially if it has an all-glass curtain wall construction.

In addition, while argon gas is relatively cheap, it can result in a slower cycle time in fabrication, which also adds to increased costs. And, while Krypton performs much better than argon, it can be very expensive—up to 1,000 times more than Argon. Krypton also has the same added fabrication time and costs that you find with Argon. Furthermore, there’s no easy way to measure the gas fill after installation to know if it’s even in the IGU and at the correct fill percent.

Finally, both argon and krypton achieve optimal insulating performance in spacer sizes less than the standard 1/2 inch, making it impractical to specify commercial IGUs in these thicknesses.